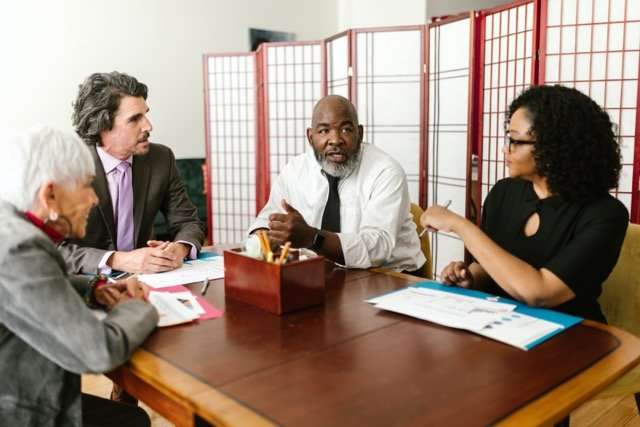 No one disputes that male allyship is needed to enable the change we want to see with gender equity at work. If anything, the pandemic has revealed just how boxed in our thinking about work and gender has been, and it’s given men many more opportunities to serve as allies to women. Illuminating what’s new and what’s still in play can help with finding solutions for gender inequities at work. Men who want to help bring about change have vocalized a common challenge: understanding women’s experiences as different than their own, and then what to do about it? So here are three ways men can improve their allyship to women.

For too long, women with more family and household responsibilities than their spouses have requested to work from home. Too many proposals for even one day a week at home were turned down because it was the exception, not the rule. Even more women who wanted it didn’t dare ask for it, knowing that they would be judged as uncommitted to their work. It’s no wonder the maxim “organizations were built by men for men” has become a meme during this time because it’s now abundantly clear who is most disadvantaged by working the hours of 8 to 6 at the outside office.

Flexible work options are being understood by far more men for the first time as a critical challenge faced by women. Only last year, the contradiction of men ranking life-work balance in the top three challenges women face while ranking flexible work options for women at the very bottom shows how hidden from view new work arrangements were as a solution to a big problem. Many allies are now witnessing just how key flexible arrangements are for women and for themselves and their families. For those women whose requests have been declined, there is an opportunity for male coworkers to be partners, enlist more allies and develop a revitalized business case. Male allies have a role to play in joining women in insisting that flexible work options continue based on true business needs.

Many organizations have moved from ticking the checkbox for compliance to publishing new DEI goals, actions and accountability that go with it. McKinsey & Company’s Women in the Workplace 2021 report with Lean In told us something we’ve known for some time: Women in senior roles are twice as likely as men at their level to take time doing DEI work outside their formal responsibilities, and women at all levels are taking most of the actions of allyship.

More men can encourage others to participate and welcome them into women’s employee resource groups and associations. Membership will afford them the opportunity to expand the conversation about DEI goals by making the case for more male involvement from “the inside.” Among the compelling ways to frame the conversation for enrolment is to talk about gender equity goals as “fair play,” make the connection to how men’s involvement will elevate their workplace culture and point out how greater participation from men can build a broad scaffolding that joins all marginalized groups.

Insist credit be given where it’s due.

Women leaders tell me that one unfair practice that frustrates them the most is when men take credit for their work. Getting ahead of it by claiming the credit for themselves is a good habit to start and maintain, and I have guided and coached many women to design a habit to do that. At the same time, it’s not a full resolution to what is dishonest behaviour. Traditionally, we’ve left it to men to do the right thing where giving credit is concerned, without much at stake when they don’t. The same goes for women leaders who behave badly.

Encouraging allies to elevate the accomplishments of women by bringing them out of obscurity and making them visible to the right people when their co-worker is not there is an act of male allyship. So is stepping forward to call out those who over-emphasize their role and eclipse the contributions of others. Giving credit is a vital part of the competencies required for good teamwork, collaboration, and developing and attracting top talent. It’s good leadership.

Working from home during the pandemic crisis has opened up our view to other parts of people’s lives and nudged leaders to be more understanding of all of it. In my experience working with women leaders, a male leader who expresses his emotions such as fear, anger and frustration can go a long way to feeling comfortable enough to be themselves. The promotion of emotional intelligence development inside organizations has done very little to legitimize the expression of emotions, aiming instead to support people to manage theirs.

As one of my female clients said, “Having that degree of trust with a male leader is really rare in my company but invaluable in building my own confidence to stretch beyond the emotional parameters that were set for girls and boys from a young age.” Male allies who are creating psychologically safe spaces for women and men do it by allowing the expression of emotions to deepen the connections with those they lead.

Everyone has experienced the pandemic differently and it’s been tough. Thankfully, the health and economic crisis has cracked open new, more accessible options for working that need to continue. Male allies can be actively involved in making change and lead people by accepting others’ vulnerability and modelling it themselves. We have to move forward with greater speed and intention to continue to push to close gender equity gaps. Male allies have a role to play as partners in learning from what we’ve gained and identifying their part in historical dynamics that haven’t yet budged.

Written by me and first published by Forbes.com. Image thanks to rodnae-productions.