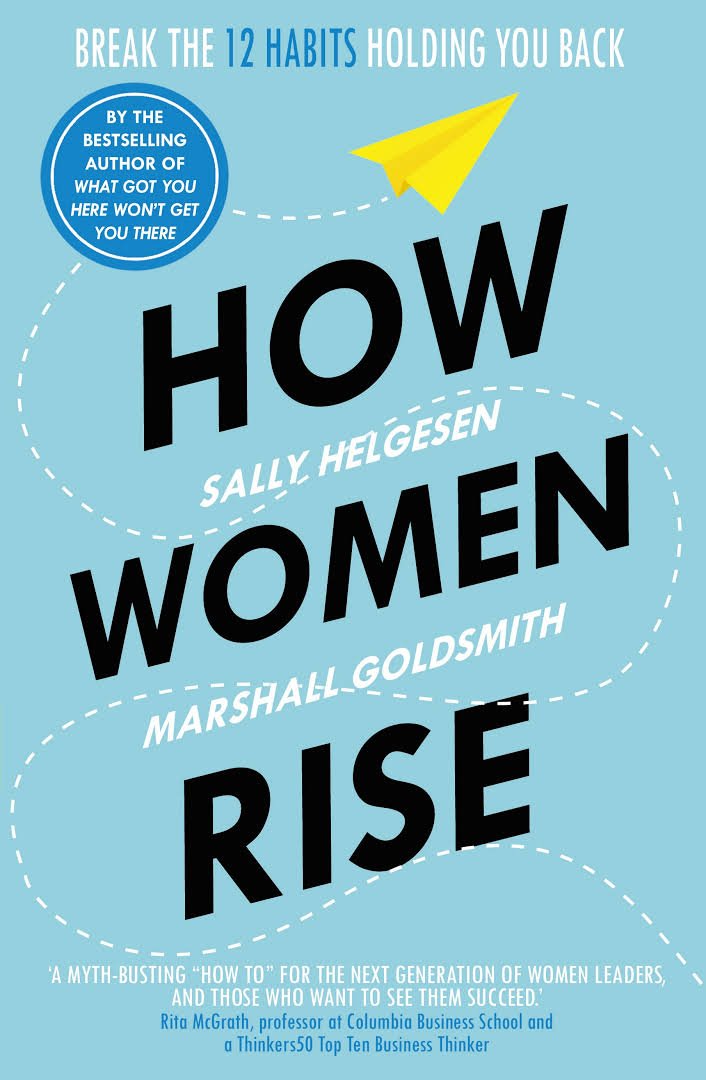 A group of 25 of us sat around tables at a recent professional development workshop and shared what we considered to be our major strengths. I was taken by the insight of a woman early in her career sitting beside me who said she had a natural talent for making things easy for other people. She went on to reveal that she was thinking through the merits of transitioning from “order taker” and “obliger” to someone who gives direction, a leader at work. I know that Sally Helgesen, the co-author of a new book ‘How Women Rise’ would say that as women, there are self-limiting habits that undermine our success that are mostly specific to us, just as there are those specific to men. The “disease to please” trap, one of the many prevalent bad habits among women described in the book, may have been at play in this case. Striving to gain favour from everyone has its advantages, however, as women continue in their career beyond the early years, exerting authority and holding people accountable becomes far more important.

When I heard about the idea for the book ‘How Women Rise’ by Sally Helgesen and her co-author Marshall Goldsmith, I was intrigued that they used the framework from Goldsmith’s earlier book ‘What Got You Here Won’t Get You There’ to focus on the behaviours that get in the way of women leaders. Goldsmith’s original book is a classic. It’s a go-to resource in my coaching and leadership library and one I’ve recommended. It describes the habits of leaders at any level who mistake a strength overdone as a lot of a good thing, pridefully believing their habits are at the core of their identity. Mostly they don’t recognize that their success is in spite of their annoying habits and not because of them, which is why they persist. The original book was based on Goldsmith’s experiences with his executive coaching clients, who it turns out are mostly male, and the opportunity to look at self-limiting habits through a gender lens presented itself years later.

It’s a touchy matter that in the age of #metoo and #TimesUp this book’s focus is on changing women’s own behaviours. We are in a time of great social awareness about how women in the workplace are hired, paid and treated. Learning about what women need to do to have satisfying careers made me excited in anticipation for what they found to be gender specific behaviours, but I was also skeptical about the discovery of more expectations from women. We’ve recently experienced a major shift in how we listen to women and spotlighting the structures that block their rights and ambitions is where the Time’s Up movement is heading. I mean, how much more do we as women need to look at ourselves? A lot more, it turns out, and that may not be a bad thing either. This book isn’t naive about the obstacles that women face although its focus is to bring a gender perspective to how we lead and manage, and offers practical advice. Some of the stories are near-facsimiles of the predicaments of the women clients I have the pleasure of working with and support. The 12 bad habits that hold us back are common and I dare you to not see yourself, woman or man, in any of them! Most recognizable for many women are the central behaviours of the perfectionist trap, overvaluing expertise and putting your job before your career.

Being woke means that we are listening to many more women’s voices and drawing attention to the inequities that are unfair, discriminatory, biased and racist, such as bosses, structures, and organizational cultures. This book deserves to be a classic because the strengths overdone they describe are ubiquitous and the new positive habits they promote will improve women’s career mobility. I’m hopeful that a book with such high ambitions as this one isn’t ignored in the cultural moment we are in right now. For sure, it takes a dual focus from all of us on what is within our control such as our own behaviours, along with a critical eye on the environmental factors to end widespread employment disparities. This book addresses the former. The career of the young woman at the workshop will benefit from ‘How Women Rise’ as others will by gaining an understanding of the consequences of believing too much of a good thing, is even better. This book is for all women and those who work with them to support the behavioural changes we want to see in the workplace that will lead to realizing women’s potential. This book’s lead co-author is Sally Helgesen, a woman writing about women. The next book in what is becoming an interesting series will be by her co-author Marshall Goldsmith, writing to men about how to work with women.

The 12 bad habits common to women from ‘How Women Rise’ by Sally Helgesen and Marshall Goldsmith are:

Reluctance to claim your achievements

Expecting others to spontaneously notice and reward your contribution

Just building rather than building and leveraging relationships

Failing to enlist allies from day one

Putting your job before your career

The disease to please

Too much (emotion, words, disclosure)

Letting your radar distract you